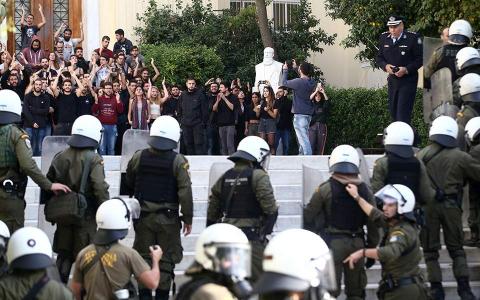 A three-member misdemeanors court in Athens acquitted on Monday two university students accused of taking part in clashes between protesters and riot police in the yard of a prominent Athens university last November.

The judges adopted the prosecutor's recommendation and ruled unanimously that there was no evidence the two accused had taken part in the scuffle.

The case concerns a police operation on November 11 last year to disperse several dozen students who entered the yard of the University of Economics and Business, during a protest against the university administration's decision to shut it down for a week.

Officers who participated in the operation and testified as witnesses did not recognize the students.

Witnesses for the defense also included the former Dean of the...