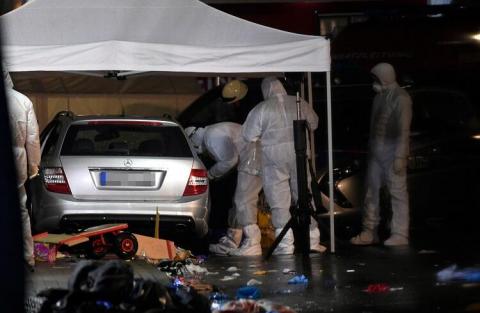 A car that rammed into a carnival procession in central Germany on Feb. 24 injured 52 people, including 18 children, police said, adding that the perpetrator's motive remains unclear.

"Among the victims are 18 children [while]... at present 35 people are still undergoing treatment in the hospital and 17 were already able to leave," police in Hesse state posted on Twitter on Feb. 25.

A 29-year-old local man ploughed his car into the traditional "Rose Monday" carnival procession in the small Hessian town of Volkmarsen on Monday afternoon, drawing a massive response from police and emergency services.

The incident came just days after a racist gunman killed nine people with migrant backgrounds in Hanau, also in Hesse, prompting fears of a repeat attack.

But authorities have stopped short of calling the carnival incident an attack, saying the driver was himself injured and could not be questioned immediately after he drove into the crowd.

Nevertheless, prosecutors in Frankfurt have opened an investigation against the German national on suspicion of attempted homicide.

Eyewitnesses have described the driver ploughing through a barrier in a silver car and driving straight through the crowd at high speed.