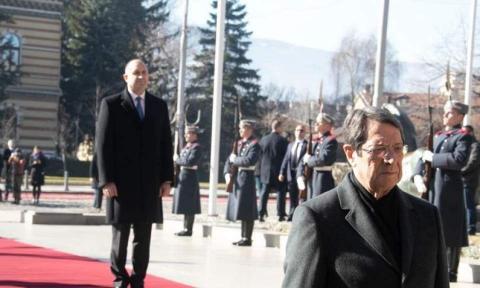 Bulgarian President Rumen Radev said on Tuesday that his country wishes to participate in the trilateral cooperation among Cyprus, Greece, and Israel in the energy field, saying his country is a "natural continuation" geographically.

He also said his country wishes to enhance its relations with Cyprus, particularly in the fields of energy, economy, and investments.

Radev was speaking after a meeting he had with Cyprus President Nicos Anastasiades, who is paying Bulgaria a two-day official visit. The private meeting was followed by expanded talks between the delegations of the two countries.

Referring to the trilateral energy cooperation with countries in the region, Anastasiades said that no country that respects international law and the sovereignty and independence of states, is excluded from these mechanisms.

He thanked Bulgaria for its support to the...