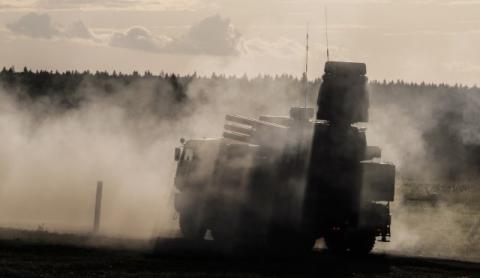 The second part of the Russian anti-aircraft defense systems Pantsir-S1 was delivered with an An-124 "Ruslan" aircraft, with license plates RA-82038, the same type of cargo plane as with the first part of the delivery, which was transported on Saturday, the Russian outlet "Sputnik" reported.
The first part of a total of six Russian anti-aircraft systems Pantsir-S1 Serbia ordered from Moscow arrived on Saturday at the "Colonel-pilot Milenko Pavlovic" airport near Belgrade.
This has made Serbia the only country in the region to have this modern air defense system.
Serbia and Russia signed an agreement last year on delivery of one Pantsir set which consists of six systems.