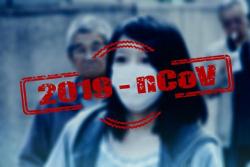 The spread of the infectious coronavirus has been a major topic in the world media in recent weeks. 82% of respondents from the Bulgarian National Panel in a Nielsen Admosphere Bulgaria survey say they have come across news related to the topic. Although a large proportion of respondents are concerned about the possibility of a global epidemic and the possible spread of the virus in Bulgaria, just under half of those surveyed feel personally threatened. This explains why half of the respondents have not taken any precautionary measures so far.

The Nielsen Admosphere Bulgaria survey was conducted among active internet users participating in the Bulgarian National Panel from February 3-17, 2020. The panel is part of the European National network operating in the Czech Republic, Slovakia, Poland and Hungary. A similar type of coronavirus study was also conducted in these 4 countries.

Most of the Bulgarians (82%) came across news regarding the new coronavirus that appeared in the Chinese city of Wuhan late last year, and has infected tens of thousands of people so far. In recent weeks, there have been conversations for a global threat, prompting many countries to take various measures, such as the cancellation of direct flights from China and the installation of thermal cameras at airports. 71% of Bulgarians are worried about the possibility of a global epidemic - women (80%) are more worried than men (62%) as well as younger age groups. About 80% of people between the ages of 15 and 44 share a concern about this. For comparison - 65% of the people over 45 share these concerns.

The concern that the virus could start spreading in Bulgaria is a little higher - 75%, with women again expressing a stronger attitude towards men on this issue, along with...