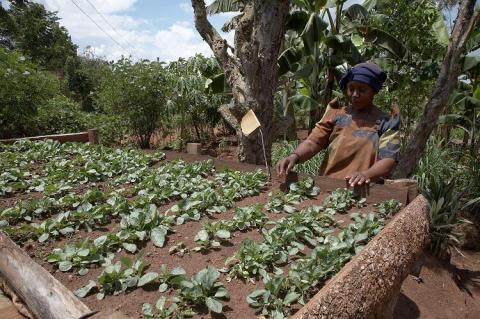 Turkey has donated $650,000 for an agricultural project in northern Uganda, an area battered by years of conflict and refugee influx, a diplomat said on Feb. 24.

Turkey donated the funds to Uganda through the UN Development Program, which is working on the project, Ambassador Kerem Alp told state-run Anadolu Agency.

Northern Uganda faced a decade of civil war when the rebel group the Lord's Resistance Army (LRA) waged a war against the government by killing, abducting, and displacing thousands of people in the region.

"We want the peoples of our two countries to benefit from this friendship," he said.

Alp said his office and the Turkish Cooperation and Coordination Agency, Turkey's aid agency, have been advising over two dozen Turkish non-governmental organizations (NGOs) operating in Uganda on what type of humanitarian assistance they should offer specific regions in the country, to make their aid more effective.

"Previously these NGOs used to work alone, but we started coordinating with them and advising them on what humanitarian assistance to give a particular region. We also work with the UNHCR [refugee agency] and UNDP and other international institutions who give us information on humanitarian needs in the country and we share this information with our NGOs," he explained.

"As we understand the country better, we look at the needs of the people. We want to offer tailor-made assistance for communities," he said.

Ambassador Alp said he was proud that some of the Ugandans trained and equipped with sewing machines are already producing garments and...

Bulgaria is between Uganda and Mongolia on Economic Freedom Ranking