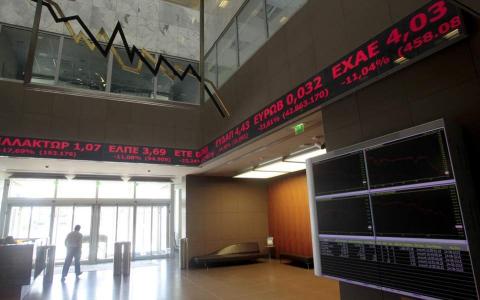 Tuesday's recovery proved short-lived for the Athens bourse, as the slump on Wall Street later on the same day and the discovery of the first case of coronavirus in Greece on Wednesday led Greek stocks to new six-month lows. The benchmark even dropped below the 800-point mark during yesterday's session, before containing its losses somewhat.