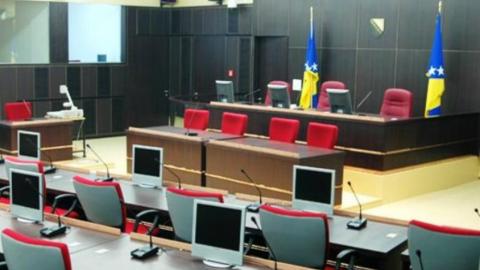 The trial of Agan Ramic, who is accused a mistreating a minor while serving with the municipal headquarters of the Bosnian Army's Territorial Defence force in Konjic during the war in 1992, opened on Wednesday at the state court in Sarajevo.

The indictment alleges that Ramic went to minor Sinisa Zivak's house in the village of Brdjani in the Konjic area in the summer of 1992 and asked the boy to catch a lamb for him.

Zivak managed to catch a lamb but the defendant was not satisfied with it and started hitting the boy. Other Territorial Defence fighters then joined in.

As a result of the beating, Zivak suffered physically and mentally and had blood in his urine for the next few days, the indictment claims.

However, his case was separated from the others' case because he was unavailable to the Bosnian judiciary at the time.

The trial continues on March 4. After that, his case will be rejoined with the case against the others, the presiding judge said.