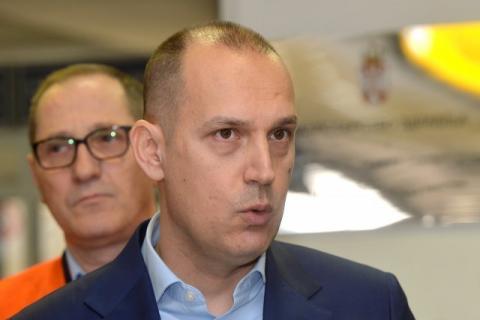 "When the first case of infection emerges, you will find out from the authorities," Minister Loncar says, asking citizens to be reasonable and to believe the facts.
"This is the only way we can continue dealing with current health threat without consequences."
He stated that we are fully prepared for anything that can happen and that we have the necessary equipment.
It takes two hours for the Minister to conduct the analysis.
"We have panicked about the use of the equipment on the most regular occasions," he said, saying that with such an attitude and reactions, we cannot have positive impact on the citizens.
"It's like someone's goal is to cause panic", he concludes.
The Minister stated that President Vucic and Prime Minister Brnabic will get full overview of the current situation, along with future estimates and planned actions.
"The fact is that this virus is several times weaker than the seasonal flu," he says, citing that we had 24.000 people infected with seasonal flu.