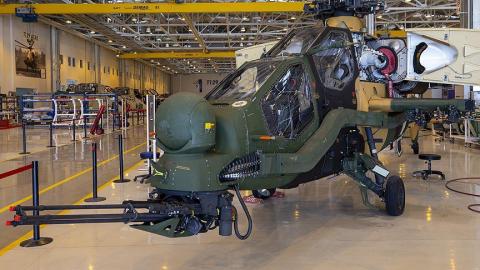 Pakistan wants to enhance its defense cooperation with Turkey, said the general manager of STM, a leading Turkish defense firm.

The firm has developed several projects for Pakistan in the last decade with a special focus on its navy, Murat İkinci said.

It has pioneered many projects for Turkey and its projects in Pakistan have created export opportunities for many companies.

The firm received rave reviews for a replenishment vessel it produced for Pakistan.

He said: "Our second-largest project includes the modernization of Agosta 90B submarines.

"This project is progressing very successfully despite the sanctions and restrictions imposed by France, the producer of the [submarine] platforms."

"There are many projects we have discussed. Hopefully, we will see serious steps taken on these projects," he added.