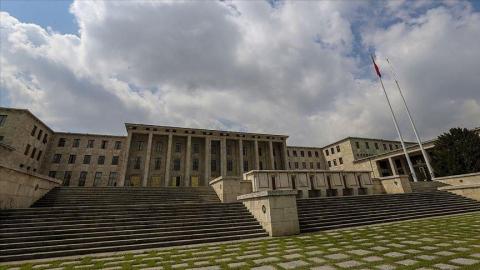 A deputy from the People's Democratic Party (HDP) on Feb. 25 called for peace between Azerbaijan and Armenia.

Paylan, himself being of Armenian descent, proposed to establish "justice and reality commissions" related to "disasters" between the two countries.

His remarks came on the 28th anniversary of the Khojaly massacre that saw the killing of hundreds of Azerbaijanis at the hands of Armenian forces.

As many as 613 innocent Azerbaijani citizens including 106 women, 63 children and 70 elders were indiscriminately killed, with hundreds more wounded by Armenian troops in their attack in Khojaly town in Azerbaijan's Upper Karabakh region on Feb. 26, 1992.

Paylan also called on the Turkish government to open its border with Armenia which has been closed for 28 years.

"Let's achieve peace between Turkey, Azerbaijan and Armenia," he asserted.

Azerbaijan and Armenia, two former Soviet republics, fought a war over the disputed region of Upper Karabakh from 1988 until 1994. The two signed a ceasefire in 1994, but never agreed on a peace settlement. Upper Karabakh, which is in essence independent, remains unrecognized internationally as a separate state.

Turkey maintains that any resolution of the Upper Karabakh conflict should take into account Azerbaijan's territorial integrity.

Turkey and Armenia have no diplomatic relations.

Hospitals expected to return to normal operations in June