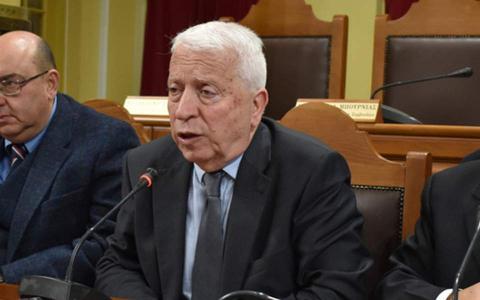 A meeting between Kyriakos Mitsotakis and Kostas Moutzouris scheduled for Thursday in a bid to de-escalate tension on the islands has been canceled after a video emerged of the North Aegean regional governor criticizing the conservative prime minister while making an obscene gesture.
"After this vulgar behavior we have nothing to say with Mr Moutzouris," sources close to the prime minister said adding that Mitsotakis' meeting with the five island mayors was still on.
After extensive clashes between officers and islanders that left 62 people injured on the eastern Aegean islands of Lesvos and Chios, the government announced on Wednesday that it was withdrawing most of the riot police units that were stationed there to counter fierce reaction to the creation of new, closed migrant camps.
Speaking to Kathimerini, an official from the Ministry of Citizens' Protection...