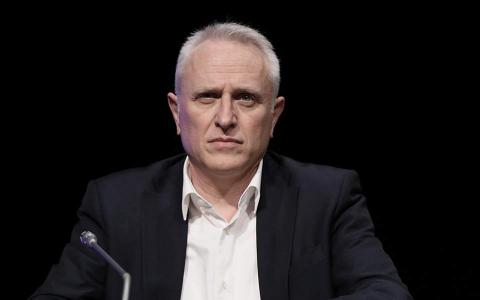 Greece's leftist opposition has attacked the conservative government after clashes between riot police and local communities protesting against plans to create closed migrant detention camps on the Aegean islands continued for a second day Wednesday.
"Greek Police exists in order to provide security for Greek society and not in order to be humiliated across Greece by the [Kyriakos] Mitsotakis administration," SYRIZA's shadow minister for citizens' protection Yiannis Ragousis said Thursday.
Ragousis, a former PASOK interior minister, said that the conservative prime minister was the "moral and political instigator" behind the mob attacks against police officers on Lesvos saying that "the anger of island residents is a result of [Mitsotakis'] failed and unacceptable migration policies."
Ragousis urged the government to withdraw riot police squads sent to the islands.