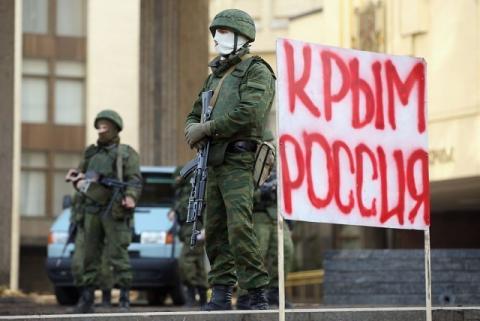 On the sixth anniversary of Russia's attempted annexation of Ukraine's Crimean peninsula, U.S. Secretary of State Michael Pompeo released a press statement to confirm that Crimea belongs to Ukraine.
"United States reaffirms: Crimea is Ukraine. As underscored in our July 2018 Crimea Declaration, the United States does not and will not ever recognize Russia's claims of sovereignty over the peninsula. We call on Russia to end its occupation of Crimea," reads the statement posted on the website of the U.S. Department of State.
Pompeo underscores that Russia's occupation of Crimea and its increasing militarization of the peninsula "is a threat to our common security."
U.S. President Donald Trump this week extended for one year a series of previously imposed sanctions on Russia over its actions in Ukraine in 2014.
Sputnik also recalls that Crimea united with Russia after a referendum held in March 2014, after a coup in Ukraine, at which most voters of the Crimea and Sevastopol voted to join Russia.
Namely, Ukraine considers Crimea its territory, only temporarily occupied, while Russian authorities have repeatedly said that the Crimeans have democratically and in accordance with international law and the UN statute declared their accession to Russia.
According to Russian President Vladimir Putin, the issue of Crimea is "finally closed".