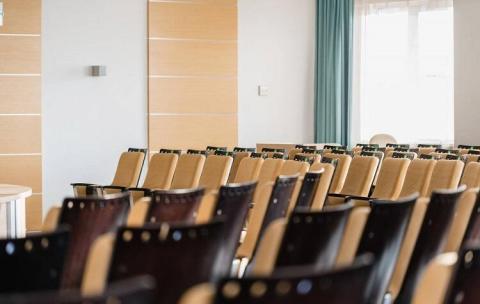 Turkey's aid agency has set up a 400-seat auditorium for Pakistani students in the county's southern Sindh province.

Built by the Turkish Cooperation and Coordination Agency (TİKA), the state-of-the-art auditorium was opened at a school in the remote Tando Allahyar district, located some 200 kilometers from Karachi, the provincial capital, in collaboration with the Rashid Memorial Welfare Organization (RMWO), a Pakistani association of retired air force officers.

The Pakistan Air Force chief Mujahid Anwar Khan inaugurated the newly-constructed auditorium, which will serve some 3,000 students of Topian Public School run by the RMWO.

Khan thanked the Turkish government and TİKA for its support of the project, according to a statement released by the Ankara-based aid agency.

Haider, who is one of the oldest supporters of the RMWO, also thanked Turkey for supporting educational projects in Pakistan, noting that Ankara and Islamabad shared a very special bond that continues to grow.

For his part, Katırcı said such projects would further strengthen the long-standing brotherhood between Turkey and Pakistan.

Turkey, he added, would continue to support Pakistan's development in different sectors.

TİKA has actualized many projects in the fields of education, healthcare, vocational training and water sanitation in Pakistan, including the establishment of seven water filtration plants in Karachi and other parts of Sindh.