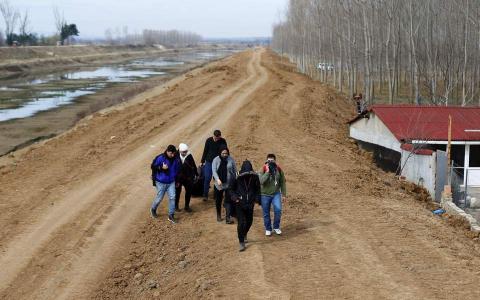 Government sources on Friday stressed that authorities are boosting security at the country's border following reports that Turkey will no longer stop Syrian refugees from traveling to Europe.

"Greece has intensified the guarding of its land and sea borders to the greatest possible extent," a source close to Prime Minister Kyriakos Mitsotakis said following increased turmoil in the Syrian city of Idlib, where nearly a million refugees have been displaced.

"Following the developments in Idlib, Athens is in constant contact with the European Union and NATO," the source said after 33 Turkish soldiers were killed in an air strike by Russian-backed Syrian forces in the northwestern city, prompting Ankara to threaten to respond in kind.

Turkey's decision to open its southwestern border and allow Syrians free passage to Europe came after a security meeting chaired by...

Coronavirus cases rise to 966, death toll up to 28

Internet use soars amid lockdown

Woman with Covid-19 who gave birth gets the all-clear

No decisions in EU leaders' teleconference on Covid-19 aid