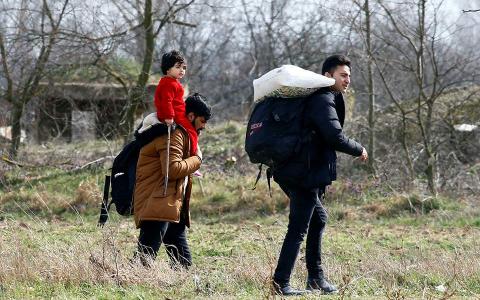 US President Donald Trump, in a call with Turkish President Tayyip Erdogan on Friday, backed de-escalation of violence in northwestern Syria and called on the Syrian government, Russia and Iran to halt their offenses, the White House said.
"Trump reaffirmed his support for Turkey's efforts to de-escalate the situation in northwest Syria and avoid a humanitarian catastrophe," White House spokesman Judd Deere said, following the death of 33 Turkish soldiers in an attack by Russian-backed Syrian forces in Syria's Idlib province.
"The two leaders agreed that the Syrian regime, Russia, and the Iranian regime must halt their offensive before more innocent civilians are killed and displaced," Deere added in the statement.
The Turkish communications directorate earlier said on Twitter the two leaders discussed developments in the region and agreed by phone on the need to...

The parrot is dead