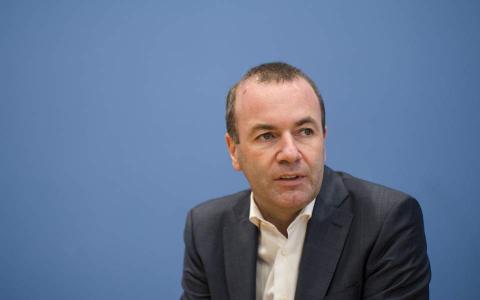 The head of the European People's Party, Manfred Weber, on Friday called on Turkey to abide by its agreement with the European Union for stemming migration flows into the block and said that it "will not tolerate illegal border crossings into Europe."

"We support the Greek government's decision to maintain control of their border with Turkey. We expect the Turkish authorities to respect our agreement and reestablish order," Weber said in a post of Twitter.

"We are ready to help the victims of Idlib but we will not tolerate illegal border crossings into Europe," he said in reference to hundreds of thousands of Syrian fleeing airstrikes by Russian-backed government forces.

His comments came as hundreds of migrants and refugees gathered on Turkey's borders with Greece and Bulgaria after a Turkish government official on Thursday said that Ankara will no longer...