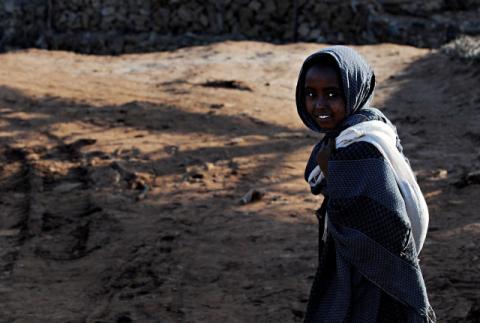 A major humanitarian crisis threatens Zimbabwe, the International Monetary Fund (IMF), which forecasts almost zero growth in the economy of the African country and a prolonged and severe food insecurity warned.

Although the country's budget for 2020 includes a significant increase in social spending, unless additional assistance is provided, the risks of a major humanitarian crisis are very high.

For nearly 20 years, the country has been in the midst of an economic crisis that has recently been exacerbated by hyperinflation, the lack of basic products, and the frequent and massive power outages, France Press notes.

Like other countries in South Africa, Zimbabwe also suffers from severe drought that has a negative impact on the crop.

The United Nations World Food Program, which is the largest humanitarian agency, said half of Zimbabwe's 15 million people are currently suffering from severe food insecurity.

Zimbabwe President Emerson Mnangagwa, who succeeded autocrat Robert Mugabe at the end of 2017, has failed to keep up with the country's economy, despite his promises.

"Executive directors noted with concern that Zimbabwe is facing an economic and humanitarian crisis exacerbated by policy missteps and climate" an IMF statement said.

"With another poor harvest expected, growth in 2020 is expected at nearly zero with food shortages continuing," the global lender added.

"Absent a scaling up of donor support, the risks of a deep humanitarian crisis are high."

Without official aid, Durban flood victims dig themselves out

Why are there so few Victims of COVID-19 in Africa
CNSU updates list of high epidemiological risk countries; exceptions to quarantine for foreign artists, athletes