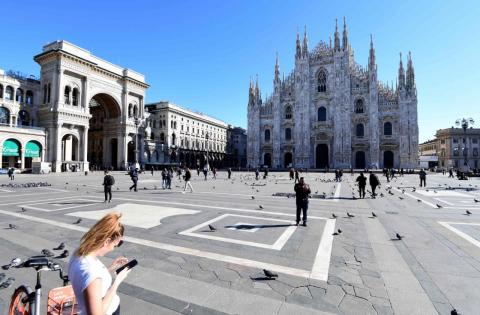 Leaders in Europe, the Middle East and the Americas rolled out bans on big gatherings and stricter travel restrictions as cases of the new coronavirus spread around the world.

The United States on Feb. 29 reported its first death from the disease, a man in his 50s in Washington state, where officials said two of the state's three cases have links to a nursing home with dozens of residents showing disease symptoms.

Although most Americans face a low risk from the virus, more U.S. deaths could be imminent following the nation's first, CNN quoted Vice President Mike Pence as saying.

"We know there will be more cases," Pence told CNN's Jake Tapper in a clip released on Feb. 29, echoing President Donald Trump's earlier comments that additional cases in America were "likely."

Travelers from Italy and South Korea would face additional screening, Trump and top officials told a White House news briefing, warning Americans against traveling to coronavirus-affected regions in both countries.

Pence said an entry ban on travelers from Iran would be expanded to include any foreign nationals who have visited Iran in the last 14 days.

The United States may also restrict travel on its southern border with Mexico, officials said. However, they encouraged Americans to travel around the country, including states that have recorded some of its more than 60 cases.

The outbreak is disrupting flight demand and many airlines have suspended or modified services in response. After the press conference, the White House held a call with airlines to discuss new travel restrictions.

Spectacular Eruption of a Volcano in Ecuador (VIDEO)