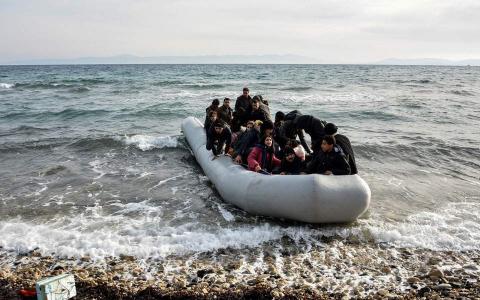 At the port of Thermi, about 50 migrants, including several minors, have not been allowed to disembark. some of those present have shouted abuse at the local representative of UNHCR, the United Nations' refugee agency.

Outside the Moria camp, the crowd gathered to prevent further arrivals at the grossly overcrowded facility includes the mayor of the island and a local conservative MP.

The islanders want the Moria camp, home to nearly 20,000 refugees and migrants, to shut down and its residents transferred to the mainland. Many locals also oppose building a closed camp to house arriving migrants and refugees.