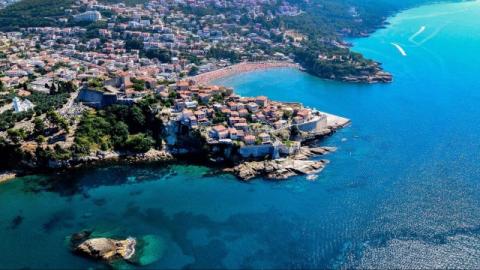 All political parties in the local assembly in Ulcinj have demanded an urgent meeting with the government after the Health Minister Kenan Hrapovic said that if cases start to occur, quarantine facilities will be opened at the former military base in Zoganje near Ulcinj and in the Danilovgrad and Niksic municipalities.

"Such a decision would have a negative impact on the lives of citizens in Ulcinj because we live off tourism. People call me every day, but no one from the government informed us about their decision," Ulcinj co-Mayor Hatixha Gjonaj told BIRN.

After media reported about the possible opening of a quarantine centre in Zoganje, ethnic Albanian parties in town urged the government to change its mind, warning that this would have major effects on the local economy. Most of the 20,000 inhabitants of the coastal town near the border with Albania live either off tourism or agriculture.

Some residents of Zoganje have warned they will not allow a quarantine centre to be opened near their homes. "A quarantine centre should be built in an isolated place, not here where people have lived for centuries. We will stop them with all legal and democratic methods," Dano Perovic, a member of the local community, told the daily Vijesti.

There are no confirmed cases yet of the coronavirus in Montenegro, while 34 persons are under surveillance. On February 28, Montenegrin airports temporarily suspended flights to Bologna and Milan because of the outbreaks in northern Italy. Border police are checking passengers from China and Italy, and, if necessary, they are then examined by the Health and Sanitary Inspectorate.

The director of the Infectious Clinic in Podgorica, Dobrila Nikcevic, said that cases would...