Montenegro: The implementation is underway 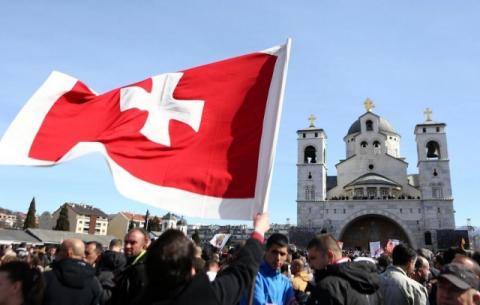 According to "Novosti", without launching the announced expert dialogue between legal teams of the Metropolitanate of Montenegro and the Littoral and the Government of Montenegro on controversial parts of the law that discriminate Serbian Orthodox Church, documentation on the status of religious buildings in Danilovgrad, Niksic and Gusinje had been issued by the property administration.
These acts, the newspaper notes, concern the Ostrog and Zdrebaonik monasteries, as well as other religious temples and sanctuaries.
Metropolitanate's lawyer Dalibor Kvaric told "Novosti" that the government's alleged willingness to commence dialogue is a fraud, with the aim of quietly enforcing the law, along with preparing documentation and submitting it to the authorities.
The newspaper recalls that the biggest problem for state officials presents the fact that they do not know how it was even possible for the church property to be registered as property owned by SPC.
"It is a great conundrum as to how and on what grounds the registration was made and what motivated some cadasters to be able to register property at the ownership of Serbian Orthodox Church (SPC)", Director of the Property Directorate Blazo Saranovic told "Pobjeda", announcing the procedures for revising these property registrations.