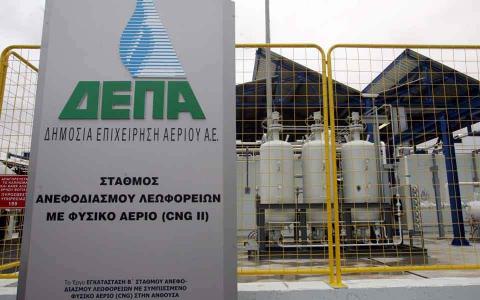 Oil giant Shell is seeking to make a fresh entry in the domestic natural gas market through DEPA Commercial, changing the landscape in the battle for a 65 percent stake in the company, and generally in the retail and wholesale natural gas market.

Government sources say there are two more European companies considering participation in the tender for a strategic investor in the gas company, namely France's Engie and Hungary's MET.
Engie appears to be in talks with GEK Terna for a joint bid in the DEPA Commercial tender, while MET is said to be seeking a partner to join the race and has already issued proposals to Greek groups.

However, the big surprise in the tender will apparently be Shell, which departed the Greek market in 2018 by selling its 49 percent stake in the Attica Gas Corporation (EPA Attikis) to DEPA for 150 million euros.
Now the British-Dutch...