China’s Soft Power Has Little, If Anything, To Do With Appeal 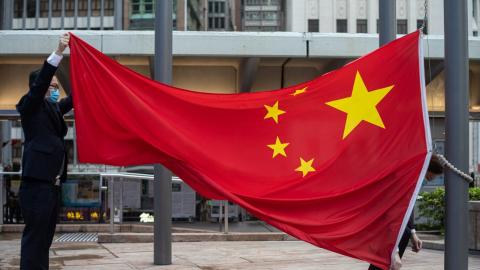 How time flies. At least three significant developments since then are worth mentioning, and corroborate the key findings of the report:

First - the coronavirus outbreak, which cannot but affect China's international image; second - the stunning success of the Oscar-winning South Korean movie Parasite; third - the change of heart in the EU on the issue of accession talks with North Macedonia and Albania.

The Year of the Rat is likely to go down in history as the Year of the Wuhan Virus, now officially named COVID-19. It is the second epidemic to originate in China in less than two decades, following the Serious Acute Respiratory Syndrome, SARS, outbreak in 2002-03. The unfolding drama in Hubei province - and now globally - has dented the credibility of China's communist government, regardless of the drastic restrictions imposed in the country and the quick-fingered engineering behind the rapid construction of two makeshift hospitals.

Questions about the efficiency of the Chinese state and the glaring weaknesses of the country's healthcare system will linger for some time yet. The authorities' fumbled initial response to the outbreak has undercut China's image as a smoothly functioning state and a high-tech 21st-century economy. This, in turn, will have a negative impact on perceptions of China's development model, which Beijing is all too happy to tout in Central and Eastern Europe.

Cultural diplomacy is a key tool in China's playbook and its efforts to win the hearts and...