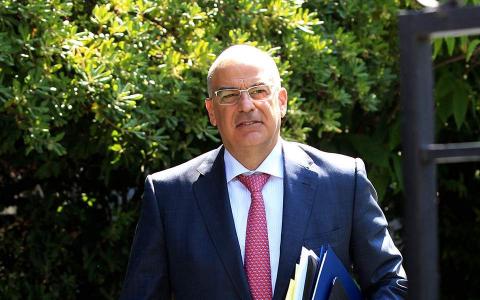 Greek Foreign Minister Nikos Dendias is heading to Croatia on Thursday to attend the informal meeting of EU foreign affairs ministers, also known as Gymnich, in the context of Croatia's Presidency of the Council of the European Union.

The meeting will first focus on EU-Russia relations and then ministers will discuss EU-Turkey relations, in view of the conclusions of the Foreign Affairs Council in July and November 2019.

On Friday, Dendias will attend the extraordinary Foreign Affairs Council at the National and University Library in Zagreb, which will discuss the situation at the European-Turkish borders, in the aftermath of Turkey's decision to open its borders.