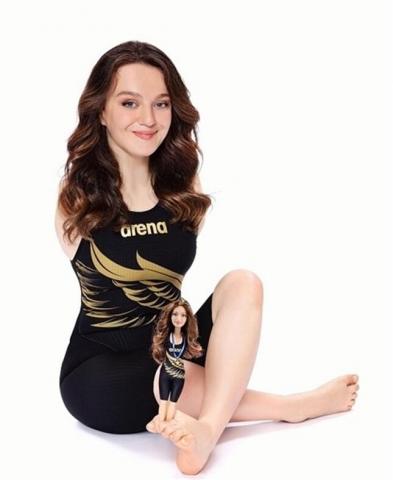 Celebrating the achievements of the Turkish swimmer, Barbie, the doll's producer hopes to help inspire a new generation of young athletes.

The toy company is releasing the newly designed dolls in honor of International Women's Day on March 8, and to raise awareness of female role models in the sporting world.After winning two successive gold medals in the 50-meter backstroke at the 2019 World Para

"When I am told that I was chosen as the "Inspiring Woman of the Year" and they were going to make my Barbie doll, I wanted to scream from happiness, run from there and jump," said the 17-year-old Boyacı.

"l may not have arms but I have wings no one else sees," she said.

Previously, Turkish champion windsurfer Çağla Kubat and Turkish actress Gülse Birsel have also had a Barbie made in their likeness, as part of Barbie's "Role Model" project dedicated to honoring role models of the past and future.

Launched in 2018, the campaign aims to inspire future generations of women to push their...