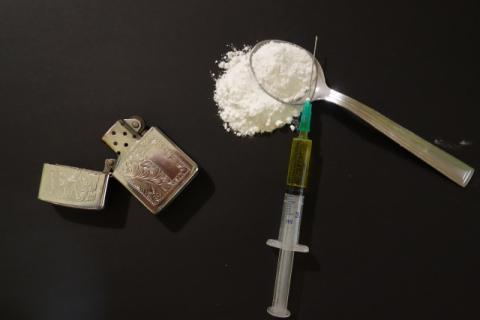 Haskovo District Prosecutor's Office has pressed charges against two Iranian citizens for attempting to smuggle 687 kg of heroin worth about BGN 62 million, said the press office of the Appellate Prosecutor's Office - Plovdiv, Focus News Agency reported.
The charges have been brought against a person with initials V.H. (32 years old, Iranian), who entered Bulgaria from Turkey at Kapitan Andreevo checkpoint on 27 September 2018, driving a trailer truck. According to the presented documents, the man was transporting 13 pallets of construction panels arranged in five rows. Upon opening the trailer, between the panels, the customs officers discovered 330 packages containing beige powder, which field-tested positive for heroin, with a total weight of 332.810 kg, worth BGN 29,952,900.
The second accused, a 47 year-old man with initials M.P., crossed the border at Kapitan Andreevo on 28 September 2018. He was also driving a trailer truck loaded with 13 pallets of construction panels. During the search, the officers found 361 packages hidden between the panels. They contained beige powder, which tested positive for heroin. Its total weight was 355.020 kg, worth BGN 31,951,800.
The heroin found in both trucks, a total of 687 kg and worth BGN 61,904,700, has been the largest amount of heroin seized at Kapitan Andreevo in recent years.
The indictment provides evidence that the two cases were connected - the two trucks were loaded at the same warehouse in Urmia, Iran, with the same point of destination in Austria, same manner of filling out the transport documents and of hiding the heroin. The two truck drivers knew each other and travelled together, one after the other, nearly 2,000 km until they reached the Bulgarian-Turkish border. To reduce the risk of...