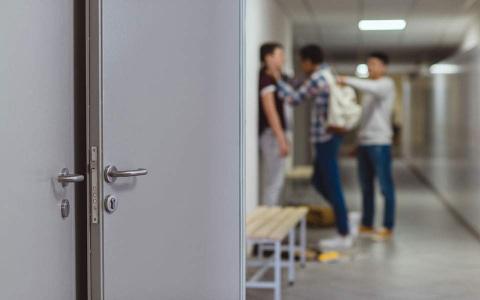 Experts underlined the need for a more targeted approach to bullying, particularly at school, at a seminar organized by the Hamogelo tou Paidiou (Child's Smile) charity at the Education Ministry on Friday.

According to data presented at the event, Greece is among four European countries with the highest proportion of schoolchildren involved in incidents of bullying - along with Lithuania, Estonia and Latvia - with 6.3 percent of adolescents claiming to have been bullied online and 3.6 percent admitting to have bullied classmates.

It was also noted that 42 percent of teachers believe that most instances of bullying in school are either played down or covered up, while only one in 10 children who falls victim to bullies receives professional help.

Child rights groups are calling on Greek authorities to establish a strict protocol for the education community to...