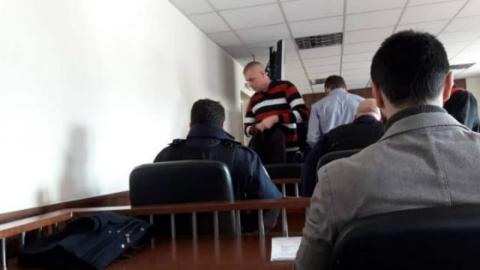 Kosovo's Special Prosecution filed an indictment on Friday charging Zoran Vukotic with committing rape and participating in the expulsions of ethnic Albanian civilians from the town of Vushtrri/Vucitrn.

The indictment said that on May 22, 1999, Vukotic and other Serb police officers "participated in operation to deport the Albanian civilian population in Vushtrri/Vucitrn" and used physical violence against them.

It said that he raped his victim "as part of a broad and systemic attack on ethnic Albanian women".

"It is time for war crimes to be addressed. Criminals should be brought to justice!" Haxhiu wrote on Facebook.

Vukotic is already serving a six-and-a-half-year sentence for war crimes after being found guilty in another case in May 2018.

He was convicted of illegally detaining, beating and torturing ethnic Albanian inmates at the Smerkonica prison in the Mitrovica region from May to early June 1999.

The former policeman was extradited from Montenegro to Kosovo in November 2016.