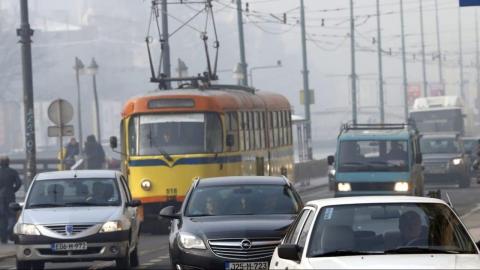 The Serb-led entity in Bosnia, Republika Srpska, has halted all projects being implemented with Chinese companies owing to concerns about the possible spread of the coronavirus.

Milorad Dodik, Serbian member of the Bosnian Presidency, announced the move on Sunday to Serbian television Pink, noting the potential economic consequences of the continued spread of the virus.

"It is evident that we have trade disruptions as it is becoming increasingly difficult to ship goods from China. However, no extreme measures need to be taken," Zoran Pavlovic, a Banja Luka-based economist, told BIRN.

Republika Srpska has signed several business deals with Chinese companies in the last six months, mostly for infrastructure projects, such as highways or hydroelectric power plants.

In December last year, the RS signed contracts with Chinese partners to build three hydro-electric power plants on the Drina River. Investments are expected to start in the first quarter of this year.

In the town of Doboj, a Chinese company, China Sinopharm International Corp, is building a new hospital in a deal worth around 45 million euros. Work began there in mid-January.

A Chinese company has also begun preparations for the construction of a highway between the towns of Banja Luka and Prijedor.

Pavlovic says business relations should not be terminated but "if necessary, delayed until the hysteria regarding the coronavirus has passed".

Chinese companies are active in all countries in the region; however, so far, none of these countries has decided to halt implementation of agreed projects.

In Croatia, the China Road and Bridge Corporation is building the Peljesac Bridge, a 2,404-meter-long bridge designed to connect the mainland with the...