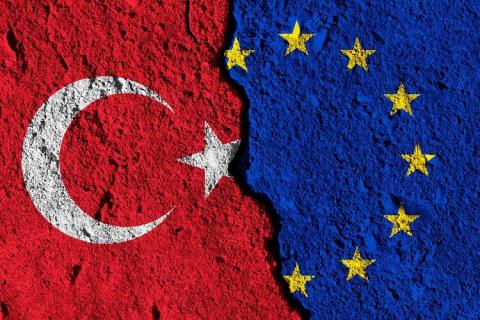 Without Turkey, Europe just doesn't look right and in the long run it probably won't work.
The idea of Turkey as an active player in the life of Europe is a relatively new one for people in Europe. Because Turkey industrialized much later than most of the countries on the north side of the Mediterranean, it was for many years just a bystander.
But historically Turkey has often been a vigorous participant in the life of the continent, especially at the height of the Renaissance. In the sixteenth century there was a sort of diplomatic "axis" in European politics between Francois I of France and Süleyman the Magnificent.
Even today, the influence of Turkey on daily life in many countries is much more pervasive than most people usually realize. Turkish products, Turkish cuisine and produce, Turkish holidays, archaeology and history are all around.
What's more, if you go back in history, you will find that ever since Neolithic times - when farming techniques began in Anatolia and then spread gradually from there across Europe - Turkey has been an integral part in the life of the continent. King Midas, Croesus, the Gordian Knot, Helen of Troy, Santa Claus and of course St Paul all came from present-day Turkey - a cultural and religious bridge between east and west, north and south.
Trade between Turkey and Western Europe is nothing new either. If you had visited Ankara in the 17th century, you would have found a quarter of the city where families of Scottish, English, and Dutch merchants lived. That went on all the way through until the French Revolution broke the trade links, leaving everyone poorer.
Though Turkey lies at the south-east end of Europe, history and geography have always combined to make it very important to the rest of the...