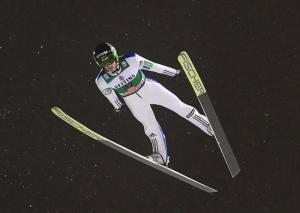 Today's victory puts the number of Slovenia's individual World Cup wins at 69, while the country also bagged ten team wins, with Peter Prevc taking part in all of them.