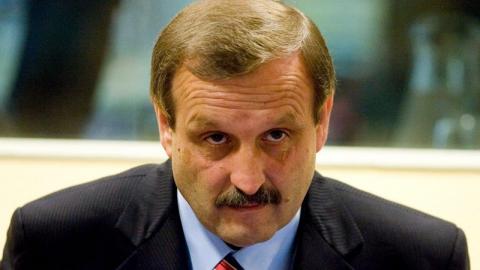 Under the first-instance verdict, Martic was sentenced to seven years in prison and Celeketic to 20 years.

Martic was convicted of a rocket attack on the city of Karlovac and Celeketic of attacks on Karlovac and the capital Zagreb.

Seven civilians were killed in the attacks on Zagreb, but there were no fatalities in Karlovac, only damage to buildings.

The indictment said the attacks were staged in reprisal for the Croatian military's Operation Flash against rebel Croatian Serbs in the Western Slavonia area of the country in May 1995.

Both men were acquitted of another attack on the town of Jastrebarsko because it was not established that the attack was commanded by them, and there were no casualties.

Martic had already been found guilty of the attacks on Zagreb by the Hague Tribunal, amongst other crimes.

He was convicted by the Hague court in 2008 of murder, persecution on political, racial and religious grounds, imprisonment, deportations, the plunder of property, the wanton destruction of villages and attacks on civilians during the war in Croatia.

The trial in Zagreb was held in their absence because Martic is currently serving his Hague-imposed war crimes sentence in Estonia, while Celeketic lives in Serbia and the Belgrade authorities refused to extradite him.

During the trial, the court in Zagreb was shown a video of a well-known televised statement made by Martic immediately after the incidents, in which he admitted ordering the rocket...