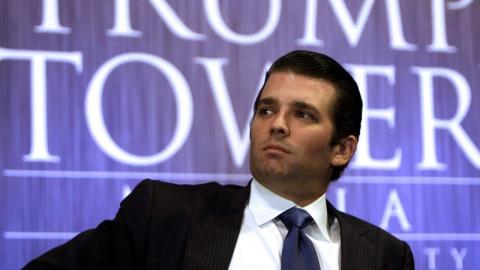 Donald Trump Jr wrote on Twitter on Tuesday that he agrees with a suggestion by Republican senator David Perdue that the US should "reconsider its presence" in Kosovo if Pristina does not agree to fully revoke its 100 per cent tariffs on imports from Serbia.

"There are 650 US troops in Kosovo. Time to get them home," said Trump Jr, who holds no official position in the US administration but is executive vice-president of his father's Trump Organisation.

Senator Perdue's comments stepped up the pressure on the Pristina authorities over the tariffs.

"For over two decades, US forces have helped keep the peace between Kosovo & Serbia. Now, with historic progress in sight, Kosovo must do its part & abolish all duties imposed on Serbia. If Kosovo is not fully committed to peace, then the US should reconsider its presence there," Perdue wrote on Twitter.

Grenell warned last week after Kosovo's Prime Minister Albin Kurti said the tariffs on imports of Serbian products would only be gradually removed that "the US would not waste our assistance if Kosovo's leadership kept harming its people this way".

Kurti's proposal has not yet been agreed with his Vetevendosje (Self-Determination) party's junior governing partners, the Democratic League of Kosovo. The proposal has been dismissed by Serbia as a "fraudulent" and dishonest.

Suggestions that the US military could possibly pull out of Kosovo have sparked alarm among some politicians in the country.