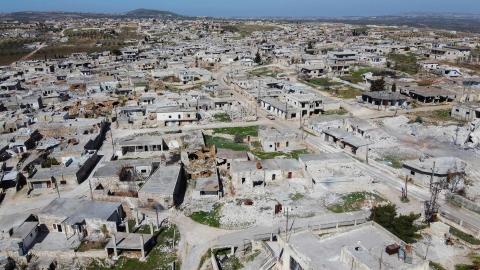 "They signed an agreement. What is the conclusion? The first one is that there is no cease-fire. There will be a cessation of military activities. Thus, in this sense, the problem is being postponed," Kılıçdaroğlu said, referring to President Recep Tayyip Erdoğan and Russia's Vladimir Putin agreement.

The CHP leader's remarks came during the weekly parliamentary group meeting of the CHP.

With the agreement, Turkey acknowledges the territorial integrity of Syria, Kılıçdaorğlu added.

"Turkey also accepts the fight against terrorism, but here the expression 'all forms of terrorism' is important. The question here is this: What will happen to the FSA [Free Syrian Army]?" he asked.

Kılıçdaroğlu said that the Syrian regime lists the FSA as a terrorist organization, but Turkey and Russia do not.

"Is the FSA included in the 'all forms of terrorism' expression? We will see in the coming days," he said.

"The opening of the air space in Syria will only be...