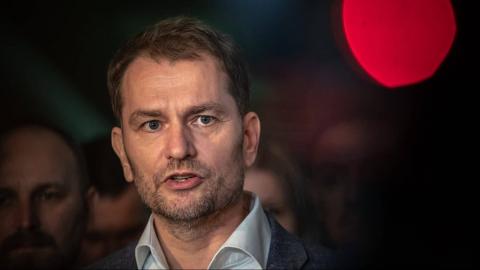 While Smer-SD's defeat was almost inevitable, the winner was as surprising as it was deserved — Igor Matovic, an unorthodox politician, successful self-made businessman and a genius of political marketing.

With a relentless focus on tackling corruption, and through effective Facebook campaigning, his OLANO (Ordinary People and Independent Personalities) movement captured 25 per cent of the vote. Now comes the hard part, as he forms a new coalition to take the country forward and deliver on promises of change and renewal.

Five other parties passed the threshold for parliamentary representation. Two will almost certainly be in opposition: Smer-SD and the proto-fascist Kotlebovci-LSNS. Then there are three parties that share with OLANO a desire for change and a more just country, free from corruption: SME rodina (We Are Family), Za ludi (For People) and SaS (Freedom and Solidarity).

Taken together, Matovic and the three like-minded parties have 95 seats, five more than the number required for a constitutional majority.

At first sight, it seems the coalition will be more homogenous than expected. The surprise casualty in the election was the PS/Spolu (Progressive Slovakia/Together) coalition, the victors in European Parliamentary elections last year and the party of President Zuzana Caputova, who was propelled to power in 2019 with her appeal for a just, more consensual and calmer country.

PS/Spolu fell short of the threshold by just 926 votes, the smallest margin in Slovak parliamentary history, and their voters now join the 200,000 (28.5 per cent) who supported parties that did not make the threshold.

In the absence of PS/Spolu, three of the likely coalition partners — OLANO, SME rodina and Za ludi — are centrist, more...