US university officials put off visit amid public health concerns 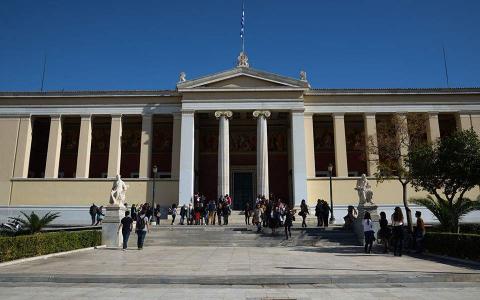 A planned visit to Greece later this month by a delegation of representatives from 30 American universities interested in exploring the prospects for cooperation with Greek educational institutions has been put off indefinitely due to concerns about the ongoing spread of the coronavirus, Kathimerini understands.

The trip, which had been planned for March 29 to April 4, would have involved representatives from dozens of US universities including the prestigious Yale, Princeton, Harvard, Cornell and Columbia.

It followed a trip to the US by Education Minister Niki Kerameus in January.

Meanwhile, Greek universities are taking measures to ward against the spread of the virus. The University of Athens is on Tuesday expected to announce the suspension of the planned swearing-in of students.

Exchange trips with Italy as part of the European Union's Erasmus...