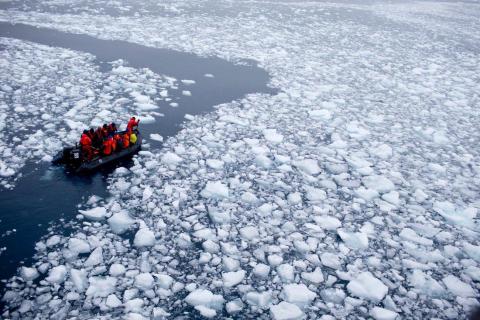 Both the Arctic and Antarctica saw below mean sea ice cover in the last month compared to the 1981-2010 average, the European Union's climate change body said on March 10.

Arctic and Antarctic ice cover are under huge threat of increasing global warming or climate change, driven by human activities.

The thermometer of the Argentine research base Esperanza read the historic temperature of 18.3 C on the Antarctic Peninsula, breaking a previous record from 2015 of 17.5 C at the same site on Feb. 6.