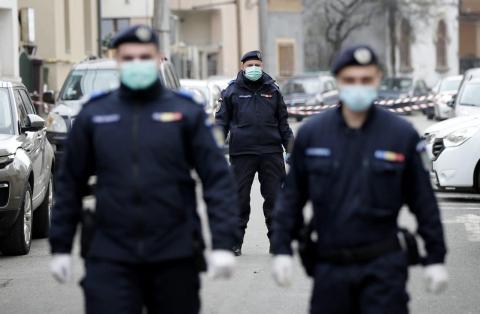 As the number of new coronavirus cases in the Balkan region continues to grow, many governments have introduced tough measures aimed at preventing their spread.

Romania, which confirmed 30 cases as of Wednesday, on Tuesday said travellers from Spain, France and Germany would now be isolated on arrival.

Croatia, which has 16 confirmed cases, has imposed a mandatory 14-day quarantine for anyone arriving from hotspots such as Italy, China and South Korea. Croatian authorities have recommended postponing rallies attended by more than a thousand people. The maritime shipping company, Jadrolinija, is suspending traffic with Italy, with which Croatia shares a maritime border in the Adriatic.

In Bosnia and Herzegovina, which has confirmed seven cases - four in the mainly Serbian Republika Srpska entity and three in the Federation entity - Republika Srpska has shut schools for three weeks as well as banning public gatherings. The Bosnian Minister of Security, Fahrudin Radoncic, on Tuesday banned entry to the country for nationals coming from areas with the highest number of coronavirus cases.

Slovenia on Tuesday ordered the closure of the border with Italy. On Wednesday, the total number of cases increased from 34 to 47.

Serbia has 12 cases confirmed and the government has now banned entrance for people coming from Italy, Switzerland, China, South Korea and Iran. President Vucic postponed all election rallies of his Serbian Progressive Party until April 1. Elections are due in the country on April 26.

In Moldova, the official number of infected persons rose to three, but 22 others are in quarantine and presenting signs of infection. The carrier Air Moldova suspended all flights to Italy until the end of the month.