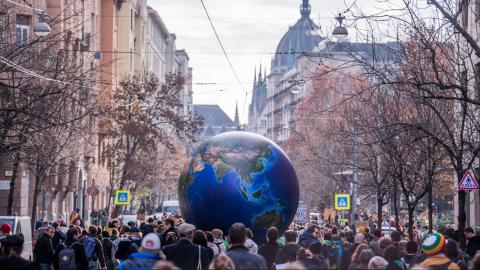 Laszlo Orlos, the centre's managing director, sees it as the first step to building a regional green fund with donors from across the Visegrad Group of Central European nations (Czech Republic, Hungary, Poland and Slovakia).

In the meantime, he said it would help put Hungarian green expertise to good use in the region while underlining Budapest's commitment to championing the cause of EU enlargement in the Western Balkans.

"The competition is strong," Orlos told BIRN in an interview. "Western European and US companies have a long track record of investing in the region. Our Green Centre would like to increase the international competitiveness of Hungarian companies targeting green economy investments.

"We also believe that we can share our experiences regarding EU accession and this could be an added value. We not only could support the region's green transition but also create jobs, thus boosting the economy as well."

Few would question the need for more green investment in Southeast Europe. Air pollution in the Bosnian capital of Sarajevo is at a record high, while eight of Europe's 10 most polluting coal-fired power plants operate in the Western Balkans.

Around 60 per cent of energy production in the region relies on fossil fuel and 16 Western Balkan coal-fired power plants emit as much carbon dioxide as 250 coal power plants across the European Union.