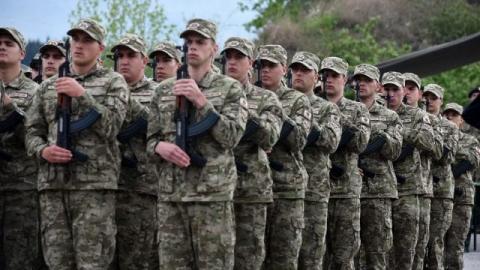 "Mrvaljevic was caught committing a disciplinary offence. The removal will continue until the completion of the disciplinary procedure," the ministry press release said.

Since December, tens of thousands of Serbian Orthodox Church clergy, believers and supporters have been protesting twice a week to demand the withdrawal of the law, which parliament passed in December.

The law mandates the creation of a list of religious sites in the country, and says faith groups that cannot prove property rights risk having them taking into public ownership.

The Serbian Orthodox Church, whose relations with the government are poor, claims it could be used to strip it of its assets.

Opposition pro-Russian and pro-Serbian political movements have been regular participants at the rallies and marches.

Metropolitan Amfilohije, the top Serbian cleric in Montenegro, said the government was punishing people who support the protests by taking away their jobs.

"In the military, the police and the school system, the government is sacking people who are against the Freedom of Religion Law. Mrvaljevic is a good man and a believer. I know him from church services," Amfilohije said on Tuesday.

On February 20, Army Chief General Dragutin Dakic warned that any soldiers or officers taking part in the protests risked being forced out, as there was no place in the military for those who want to place the Church above the law.

General Dakic said soldiers have a duty to defend the state in accordance with the laws and the constitution, and cannot take part in political manifestations.

"It is unacceptable to participate in protests where there are visible political implications, and where...