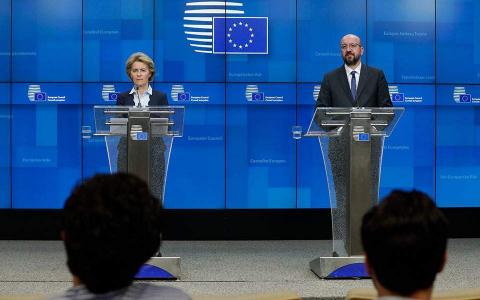 The European Union has slammed the new anti-virus travel ban announced by US President Donald Trump, lashing out at an "unilateral" decision taken "without consultation."

In a joint statement by EU Council President Charles Michel and European Commission President Ursula von der Leyen, the two leaders insisted that the coronavirus pandemic is a "global crisis, not limited to any continent and it requires cooperation rather than unilateral action."

"The European Union disapproves of the fact that the US decision to improve a travel ban was taken unilaterally and without consultation," they said.

Given Italy's nationwide shutdown and other measures, Von der Leyen and Michel also dismissed Trump's suggestion that the EU has not done enough in fighting the disease.

"The European Union is taking strong action to limit the spread of the virus," they said.