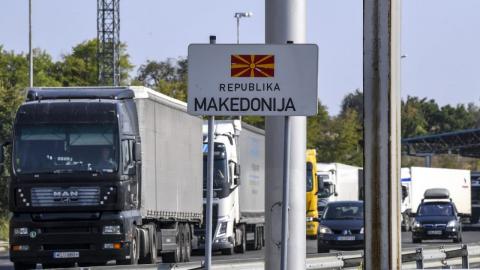 Serbia, Albania and Romania have closed many of their border crossings in order to combat the spread of the coronavirus, leaving some parts of the Balkans practically cut off for civil traffic.

All countries of the region have either banned entry or introduced special restrictive measures for passengers arriving from countries with mid to high to risk of coronavirus.

Serbia has closed 44 border crossings with neighbouring Romania, Bulgaria, North Macedonia, Montenegro, Bosnia and Croatia, so that its border police can focus on the main and most frequently used crossings. Crossings have been closed mainly to increase staff numbers on the main crossings that remain open. Most closed borders are road border crossings but river, railway and ferry transport is also affected.

Romania has closed several crossing points that connect the country by land with its neighbours. The closures affect crossings to Hungary, Ukraine, Bulgaria and Moldova, the Interior Minister, Marcel Vela, announced on Thursday night. He also said the Serbian authorities had unilaterally closed several crossing points, presumably without informing Romania first. The crossings at the Iron Gates, Moravita and Jimbolia remain open on the border with Serbia, Vela added.

North Macedonia has not closed any borders so far, but, as a result of the unilateral moves made by its neighbours, two crossings with Serbia and three with Albania are closed. Traffic with Serbia continues only through the main Tabanovce crossing.

Bosnia and Herzegovina has not closed any of its borders, though passenger control measures have been strengthened and a temporary entry ban...