BIRN Fact-check: Will Croatia Have to Accept ‘20 Relatives’ of Unaccompanied Refugee Children? 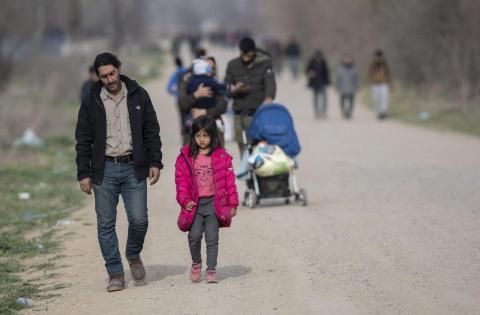 After Prime Minister Andrej Plenkovic said that Croatia was ready to take in some child refugees trapped in refugee camps on Greek islands, hostile comments on social networks condemned the idea, some claiming that parents and wider relatives would then accompany the children - some of whom might be extremists.

An article on the right-wing website Paraf, for example, called "By Law, We Must Receive All of Them - Up to 20 Relatives May Appear with Each Sheltered Child of a Migrant", quoted an expert as warning that there was an important "trick" in the UN convention on children's rights.

It claimed that under the UN convention, not only the child's relatives but those relatives' spouses - and more than one spouse in case of a polygamous marriage - "may appear together with every unaccompanied child".

"They can also have several women and a large number of children, close to [the number] of residents of some of our smaller villages. And we will have to receive all of them if we are to shelter such a child," the expert source told Paraf.

The background to the row is the growing crisis over refugees and migrants in EU border state Greece.

According to the European Commission, about 5,500 of the 42,000 or so refugees and migrants currently hosted on the Greek islands are unaccompanied minors.

Germany then responded on Monday by saying it might take in "an appropriate share" of the most needy children in overcrowded Greek migrant camps. The plan is to help between 1,000 to 1,500...