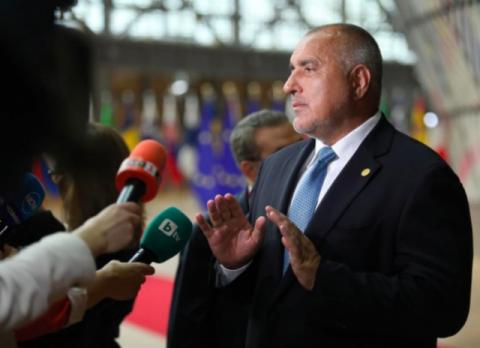 Bulgaria plans to declare a state of emergency to curb the spread of the coronavirus, Prime Minister Boyko Borissov said on Thursday as the country's confirmed cases rose sharply to 23, Reuters reported.
The Balkan country confirmed its first death of a patient due to the virus on Wednesday, and on Thursday the number of confirmed cases jumped to 23 from 7.
"The government will ask the Parliament to declare a state of emergency which will allow the closing of schools, kindergartens and universities," Borissov said after an extraordinary government meeting.
The proposal will be tendered in the parliament on Friday.
Borissov appealed to Bulgarians to follow the rules, saying that on Thursday alone 14 people that were supposed to be under quarantine did not observe it. The state of emergency will allow police to intervene in such cases, he said.
"Only discipline and the mobilization of the nation can help us in this situation," Borissov said.
By the end of the week, Bulgaria will have a list of countries with large coronavirus outbreaks where Bulgarians will be banned to travel to and a list of countries whose citizens will be not be allowed in. The list will be updated regularly.
Borissov said the global impact of the virus was already weighing on the public finances and if the trend of falling public revenues continued at the current rate, the losses to the budget could amount to 3 billion levs ($1.71 billion).
Bulgaria has already limited indoor mass gatherings to 250 people to curb the spread of the infection. The government has urged businesses to apply flexible working time and allow employees to work remotely where possible.
While restaurants can stay open, they should look at how to impose social distancing to keep people...