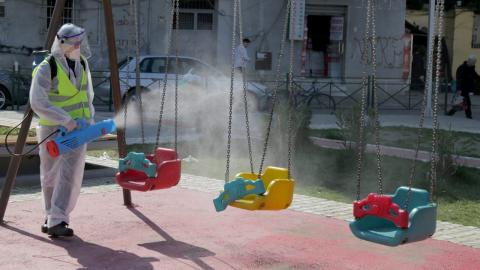 "It's confidential," Serbian Prime Minister Ana Brnabic told a press conference on Thursday when asked how many ventilators the country has.

"At this moment, this is treated practically as a state secret in all countries," Brnabic said, but assured reporters that "Serbia has enough ventilators."

Later in the day, Serbian President Aleksandar Vucic, leader of the ruling Progressive Party, said on state television that the country has 1,008 ventilators, three times more than during the swine flu outbreak of 2009. He said the country would procure another 500 in the next 25 days. As of March 13, there were 31 cases of COVID-19 confirmed in Serbia.

BIRN had no fact-finding joy whatsoever with authorities in Turkey and Albania, and only limited success in other countries in the region.

On Monday, Bulgaria said it had tested roughly 1,000 people for COVID-19. As of Friday, there were 23 confirmed cases. The tests are carried out under strict security at the Military Medical Academy in the capital, Sofia, and usually take between five and seven hours to produce a result.

In Croatia, as of Friday, more than 500 people had been tested, according to Health Minister Vili Beros, while more than 5,900 were being monitored. Thirty-one have tested positive.

The country's Institute of Public Health, HZJZ, said tests were only performed "when the clinical and epidemiological criteria of the disease are met," since "a negative result at such an asymptomatic stage does not exclude infection."

"First, we will test severe cases of pulmonary patients from hospitals, as...