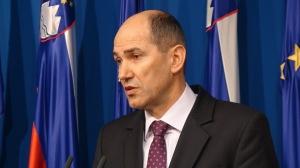 Anže Logar, a 43-year-old senior member of the Democratic Party (SDS), holds a Phd in political sociology. He is seen by many as a possible heir of SDS's long time head Janša.

He is considered an ardent advocate of a strong EU and of NATO, and strengthening Slovenia's position in the two organisations will be his top priority. He also intends to focus on preparations for Slovenia's second EU presidency coming up in the second half of 2021, having been part of the team in charge of Slovenia's first EU presidency, when he served as the head of the Government Communications Office.

Logar will take over as Slovenia's tenth foreign minister to date, succeeding Miro Cerar. Compared to his predecessors Cerar and Karl Erjavec before him, Logar intends to focus less on Slovenia's relations with Croatia. However, he...