US declares emergency; world steps up fight against virus 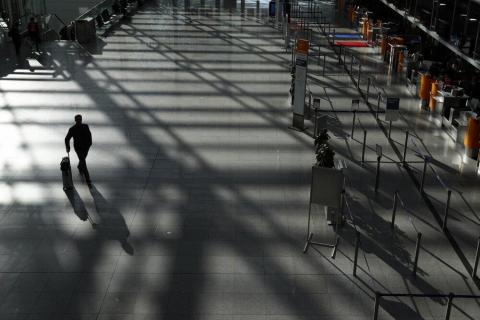 The United States declared a state of emergency on March 13 as many European countries went on a war footing amid mounting deaths as the world mobilized to fight the widening coronavirus pandemic.

At the White House, where President Donald Trump made the emergency decree, drug company executives vowed to work together and with the government to quickly expand the country's coronavirus testing capabilities, which are far behind those in many countries.

"We will defeat this threat," Trump told a news conference. "When America is tested, America rises to the occasion."

While the aggressive spread of the virus in Europe, North America and the Middle East has dashed any hopes for quick containment, dozens of countries have imposed increasingly severe measures over the past couple days — shutting borders, expanding testing, closing school for tens of millions of children and ordering tens of thousands of businesses to close their doors — to try to face down the disease.

The U.S. emergency decree will open up $50 billion for state and local governments to respond to the outbreak, said Trump, who also gave the secretary of health and human services emergency powers to waive federal regulations to give doctors and hospitals "flexibility" in treating patients.

As the U.S. struggles to slow the spread of the virus, the governors of six states — Florida, Iowa, Louisiana, New York, Rhode Island and Washington - sought National Guard troops.

Trump's announcement came as tens of millions of students around the world faced weeks without classes, security forces went on standby to guard against large gatherings, and bars, restaurants and offices closed.

While the new coronavirus can be deadly, particularly for the elderly and people...