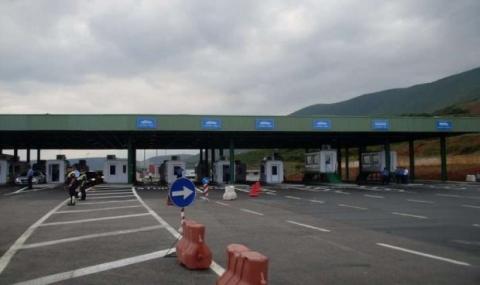 In yet another drastic measure to contain the corona virus Greece today  sealed its borders with Albania and North Macedonia one day after the two countries closed their borders with Greece even as the government announced additional restrictive measures.

Prime Minister Kyriakos Mitsotakis will brief opposition party leaders to discuss the handling of an emergency that is being described as an all-out war of global dimensions.

The meetings will be held by teleconference as a health precaution and as an example, the first being with ex-PM and main opposition leader Alexis Tsipras in the afternoon of 16 March.

The government has requisitioned all pharmaceuticals and has ordered companies to take a thorough inventory after a steep rise in cases over a 24-hour period.

The move came as Professor Sotiris Tsiodras, an infectious disease expert who advises Prime Minister Kyriakos Mitsotakis, at a now daily health ministry news conference today announced that the number of coronavirus cases had risen to 331, with most cases being in Attica.

On 13 March the number of ailing coronavirus patients was 190, which was 73 more than in the 24 hours before that.

Tsiodras said 51 patients are in specially-equipped "reference" hospitals in Athens, Thessaloniki, and Patras of which eight all of whom are men have been placed on life support.

Ten patients were released from hospital.

Super-caution with travelers returning from abroad

Tsiodras said that individuals returning from trips abroad must be closely monitored.

He stressed that the main...